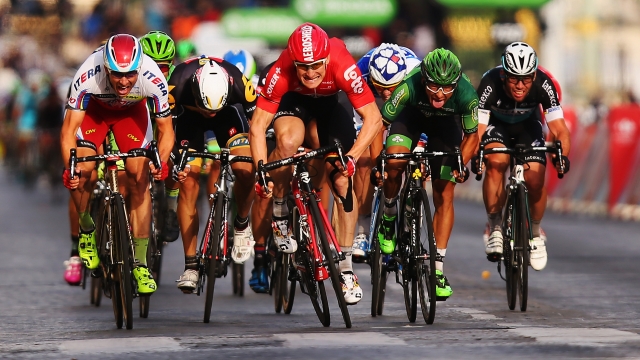 The prevalence of cheating is maybe the worst-kept secret in professional cycling. But it's not just blood transfusions and steroids.

This year, officials at the Tour de France will turn thermal cameras on the bikes themselves. That's because the hottest new way to get a performance edge in cycling is hidden motors.

Recent investigations from French and Italian news outlets found some pro riders are hiding powerpacks in the frames of their bicycles to give their cranks or rear hubs a little extra boost. One hard-to-detect version reportedly uses magnets in the rear wheel.

These are more subtle and less powerful than commercial motors, which can boost a rider's output by 200 watts — and would immediately get noticed. But in long races, every little bit helps.

"In a sport like cycling, where it's all about what power you can put into the bicycle, if you have a little bit of extra through a battery, it can really dramatically change your ability to compete," USA Cycling President Derek Bouchard-Hall told NPR.

Such cheating wasn't ever proved until earlier this year, when a Belgian cyclocross racer was disqualified from world championships for using a motor.

The International Cycling Union slapped her with fines and a six-year ban from racing. She also had her titles stripped.

This year's Tour de France starts July 2. UCI expects to check as many as 4,000 bicycles for hidden motors during the race.

This video includes clips from Cliff Lawson / CC BY 3.0, FranceTV, Global Cycling Network, SportLuxembourg / CC BY 3.0 and Stanislav Hedvik / CC BY 3.0 and images from Flowizm / CC BY 2.0 and Olivier Guin / CC BY 3.0. Music provided courtesy of APM Music.