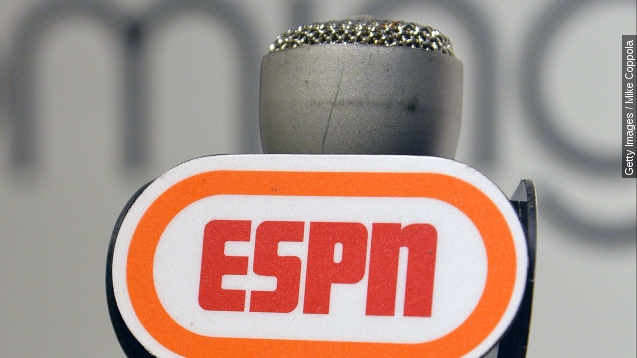 There's no doubt cord-cutting has taken the TV industry and, more importantly, cable companies by storm. But the one saving grace has always been live sports.

More specifically, ESPN. But even the worldwide sports leader is having trouble keeping its subscribers.

Which has led to massive job cuts for its employees. According to Bloomberg, which broke the news, ESPN plans to eliminate 350 positions or about 4 percent of its workforce.

In 2013, ESPN was Disney's golden goose accounting for nearly a quarter of the media conglomerate's revenue and boasting 99 million subscribers. By 2014, that subscriber number had dropped to 95 million.

Now, on the heels of one of the largest declines of Disney stock price in years, The Wall Street Journal reports ESPN has lost another 3 million subscribers in less than 12 months.

ESPN also has a massive television deal to pay for. The Walt Disney Company and Turner Broadcasting will be splitting a payment of around $2.6 billion per season from now until 2025 to broadcast NBA games.

Meanwhile, streaming services like Netflix and HBO Now, which is different than HBO Go, continue to have record numbers.

HBO Now won't disclose how many subscribers it has, but Quartz reported back in July that number was well above 1 million after just three months.

Numbers like these have pushed lots of pay-TV companies into the stand-alone service game and ESPN might be next.

"Disney is another brand or product that could be sold directly to the customer, ESPN is definitely one of them," Disney CEO Bob Iger said.

Either way, something has to change for the worldwide leader in sports before customers cut ESPN loose and start getting their sports elsewhere.