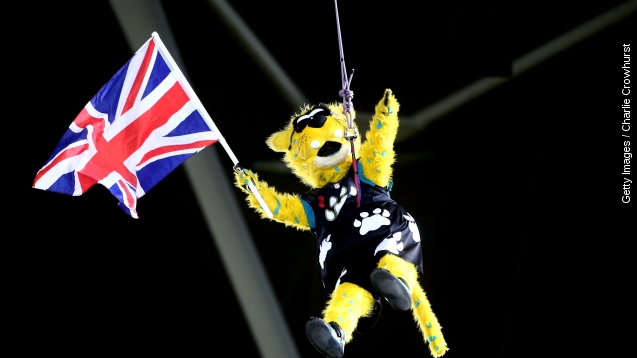 The Jacksonville Jaguars take on the Buffalo Bills in London this Sunday, and if you're the Jaguars, you should be getting used to the scenery by now.

The NFL and London's Wembley Stadium entered an agreement Thursday to host the Jaguars until at least 2020.

The NFL's International Series started in 2007, and the Jaguars have played across the pond every year since 2013. But why the Jags?

Their owner, Shad Khan, has been an important piece to the NFL's stay-cation in London. He's also the owner of the Football League Championship's Fulham F.C., which is based in London. (Video via The Florida Times-Union)

Khan said on Thursday: "Our interest in extending our agreement to play a home game each season in London is nothing new. So, we're very happy to make it official today."

And Khan, a global businessman, showing commitment to the NFL's first real push to expand beyond the U.S. could pay off for him.

NFL execs and some owners have been vocal about wanting a permanent team in London sooner than later.

"Can we have it in Great Britain? I think so. Yes, I think there's enough there to get interested," Dallas Cowboys owner Jerry Jones told CBS.

And with the Jaguars building a fan base there now, if expansion to London happens, they could be first on the guest list.

The writing's definitely on the wall, and Khan isn't shy about it. In August, he said an agreement until at least 2030 was possible.

"I think it's a critical part of our franchise to be able to play games there, get the recognition, build a fan base and get sponsors," Khan told reporters.

Another way the NFL is hoping to bring the game to more international prominence is Sunday's first-ever live stream of an NFL game on Yahoo, free of charge. Suddenly, the London Jaguars doesn't sound too far-fetched.