The Issue With Free Tickets To Detroit's Buffalo Bills Game 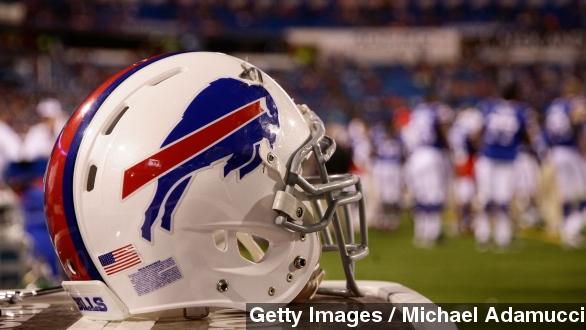 By Matt Moreno
November 23, 2014
Scalpers are now reportedly looking for upwards of $125 for tickets given out by the NFL for free.
SHOW TRANSCRIPT

The Buffalo Bills aren't playing your typical Monday night football game this week, and the fans coming to watch won't be typical either. (Video via WKBW)

A massive snowstorm dropped six feet of snow in some areas of Buffalo and caused days and days of digging things out, including Ralph Wilson stadium, home of the Buffalo Bills. So, last week, the NFL decided to move the game from Buffalo to Detroit. (Video via PBS)

But for ticket paying fans, making that trip wouldn't be so easy and there aren't exactly tons of Bills fans in Detroit, a city with its own NFL franchise.

So tickets to the game were given away for free. Yes. Zero dollars and zero cents. They sold out hours after being posted online and the remaining 500 tickets available for pick-up Sunday were reportedly gone within 10 minutes. (Video via WDIV)

But now, scalpers are asking for a bit more money than that.

"Unbelievable how many people were out here trying to get these tickets. Scalpers are out here buying the free tickets from people who waited in line," ESPN's Bob Holtzman said.

Which is quite the pretty penny considering tickets for Buffalo's next game, which is scheduled to be held in Buffalo, mostly sit well below that $125 price tag on StubHub.

But, that's not the only issue the tickets are causing.

In a separate ESPN article, Bills president Russ Brandon mentions it's going to be tough to gauge how many fans will be there. "With free tickets, your no-show rate has a tendency to be higher."

Still, Brandon says, he expects a big crowd and doesn't believe fans who want to see the game will be turned away.

And it looks like the team could be on the road for a little while longer too. A CBS Sports report says league officials are looking at alternatives for next week's game in Buffalo due to potential flooding issues caused by the snow.

The Bills and Jet are scheduled to kick off 7 P.M. EST Monday.