The Iran Deal Gets Even More Complicated After AP Report 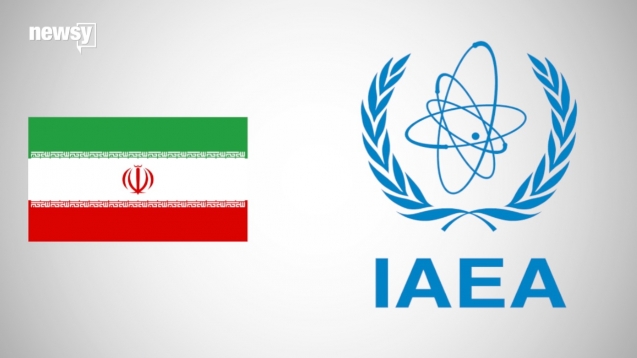 SMS
The Iran Deal Gets Even More Complicated After AP Report
By Samantha Crook
By Samantha Crook
August 19, 2015
Details about an Iran nuclear deal are even less clear after the Associated Press ran a report about the issue that underwent unexplained revisions.
SHOW TRANSCRIPT

Iran might be allowed to use its own inspectors at nuclear work site, according to the Associated Press.

"Might" is a key word here, especially since the document central to the AP report is just a draft, not final.

Also, the Associated Press reported the story, but there were several unexplained revisions made to the story throughout the day.

One nonproliferation researcher noted a change to the details reported about environmental inspections.

"Every pathway to a nuclear weapon is cut off," President Obama said.

But it's unclear exactly how much involvement the Obama administration has in this specific agreement. The agency directly involved in the agreement is the International Atomic Energy Agency, which is tied to the U.N. (Video via The White House)

The U.S. is one of the agency's member states, along with other countries involved in recent Iran negotiations.

The Obama administration wouldn't comment directly on the AP report, though the State Department's spokesman said this:

"When it comes to monitoring Iran's behavior, the IAEA has separately developed the most robust inspection regime ever peacefully negotiated to ensure Iran's current program," said John Kirby, a spokesperson for the U.S. Department of State.

Spokesman Kirby also called the IAEA's separate arrangements with Iran "routine." The Senate vote needed to ratify the U.S.-Iran deal is set for next month.