Light Graffiti: The Intersection Of Art And Politics 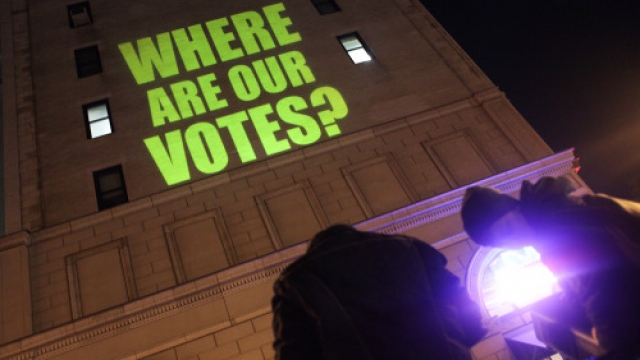 SMS
Light Graffiti: The Intersection Of Art And Politics
By Melissa Prax
By Melissa Prax
October 6, 2016
A group called The Illuminator ditched the picket signs to protest in a new way.
SHOW TRANSCRIPT

Want to get someone to pay attention to you? Try lighting up the side of a building in protest.

That's what political artist group The Illuminator is doing. The collective isn't about one issue, but many.

So instead of paper signs and crowds, you see a projection.

SEE MORE: Anti-Trump Protests Are Ramping Up In Cleveland

There are some downsides, like only being able to shine the light graffiti at night.

And some of the demonstrators have been arrested, though the law is still a little shaky since technically it's free speech.