The Hubble Telescope Has Spotted The Most Distant Galaxy Ever Seen 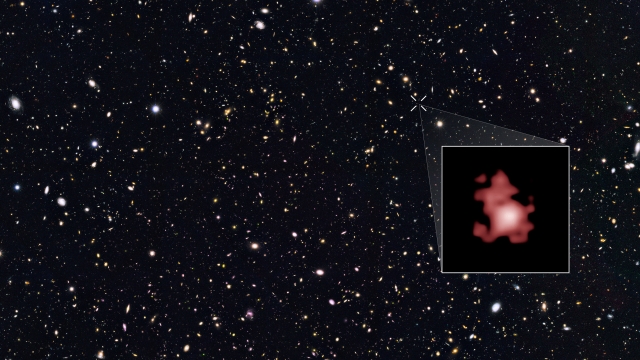 The NASA/ESA Hubble Space Telescope has spotted the most distant galaxy ever seen.

The infant galaxy is named GN-z11, and it's unusually bright. According to a press release, astronomers say they're seeing the galaxy "as it was 13.4 billion years in the past."

Astronomers technically found the galaxy before this, but the telescope's new camera allowed them to take more precise measurements on how far away it is.

This galaxy is at the edge of how far Hubble can see.

"Just one field is just a tiny part of the universe, and because we're right at the limit of Hubble, you know, sometimes you're going to see these [galaxies] and sometimes you're not," Dr. Carol Christian said.

GN-z11 is rapidly forming more and more stars, which helped make it bright enough for Hubble to capture.

Astronomers expect the record for this galaxy to be replaced once the new James Webb Space Telescope is launched, which can "look even deeper into the universe."