The Healthiest State In The US Just Toughened Its Smoking Laws 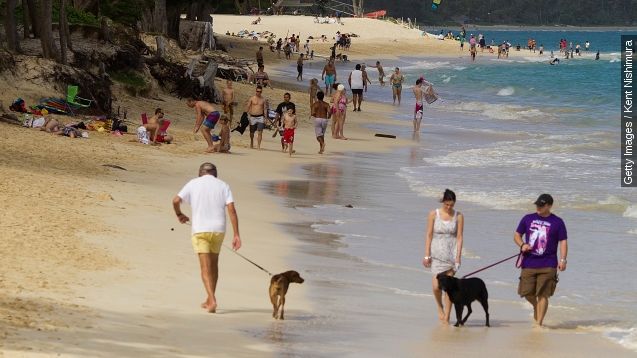 SMS
The Healthiest State In The US Just Toughened Its Smoking Laws
By Ben Lawson
By Ben Lawson
January 2, 2016
The healthiest state in the U.S. is cracking down on smoking.
SHOW TRANSCRIPT

Hawaii is already considered the healthiest state in the U.S., and in the new year, it's striving to become even healthier.

As of Jan. 1, it's illegal to smoke or use a vaporizer in Hawaii if you're under 21 years old.

State lawmakers passed the legislation last summer. Many said the decision was motivated by the growing popularity of e-cigarettes among teenagers.

Hawaii was already ahead of the curve when it came to smoking. The United Health Foundation said only 14.1 percent of Hawaiians smoke, which places it in the bottom three states for smoking rates.

On top of that, 2015 was the fourth year in a row that the United Health Foundation ranked Hawaii as the healthiest state overall.

Although, we've gotta say: It's probably a lot easier to convince yourself to get outside and exercise when you live in an island paradise.