'The Great Fall Of China' Drives Down Stocks 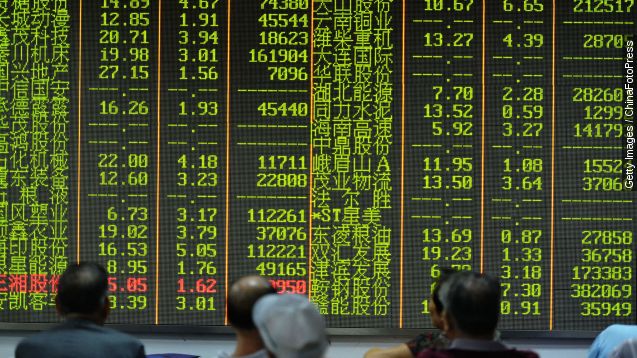 A big slide in Chinese stocks is hitting markets around the world, including the U.S.

The Shanghai stock market fell by 8.5 percent, and ensuing panic drove down markets from Australia to the U.S. (Video via MSNBC)

The dollar weakened further, along with currencies across the globe, while the euro was up, continuing a strengthening trend since July. (Video via CNBC)

"Black Monday," as the day's been dubbed, was even trending on Twitter, with analysts and outlets alike marveling at the drops. But some don't see it as calamitous.

"It's a reminder that there is such a thing as mean reversion and these things are healthy. We haven't had a correction since 2012; we were due for one," GAMCO's Christopher Marangi told Bloomberg.

The sell-off stems from fears about the strength of China's economy in the wake of its devaluation of the yuan. At this rate, those fears don't look to be abated soon.