The Government Isn't OK With Driverless Cars You Can't Drive 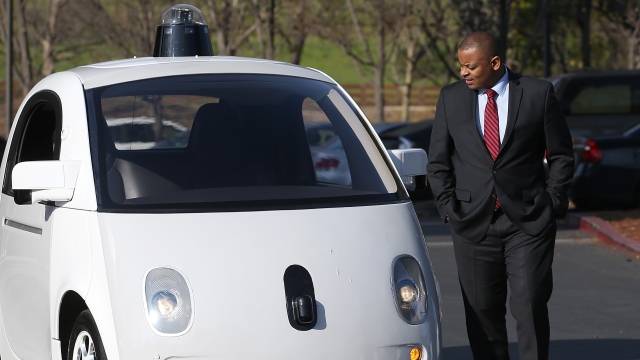 SMS
The Government Isn't OK With Driverless Cars You Can't Drive
By Ben Lawson
By Ben Lawson
March 12, 2016
Autonomous cars might not face a lot of regulations as long as they stick with traditional designs, like keeping the steering wheel and brake pedal.
SHOW TRANSCRIPT

It looks like developing regulations for autonomous cars might not be much of a problem — as long as they have a steering wheel.

A report published by the National Highway Traffic Safety Administration said there are very few hurdles keeping manufacturers from getting their self-driving cars certified if they stick to traditional designs.

Things get a little tricky when designs start to deviate from the norm. Sorry, Google, but standards still require foot-controlled brakes and a steering wheel. Basically, you have to retain the option to operate the vehicle manually.

You also need to keep a designated seating position for the driver with a clear line of sight. So Mercedes-Benz might have a problem with its futuristic concept for a car with seats that swivel.

And it looks like cars that can drive themselves to pick up passengers and park are off the table, too. Some anti-theft legislation requires a key to be entered into a starter either physically or electronically, though that doesn't seem to have stopped Tesla from implementing the feature.

All this isn't to say the laws for autonomous vehicles won't change somewhere down the line, but right now, the NHTSA seems focused on regulatory issues that have to do with safety.

Transportation Secretary Anthony Foxx called self-driving cars a "revolution in auto technology that has the potential to save thousands of lives," and President Obama's budget proposal includes a $3.9 billion investment to advance the technology.