The Flu Vaccine Might Not Have You Covered This Year 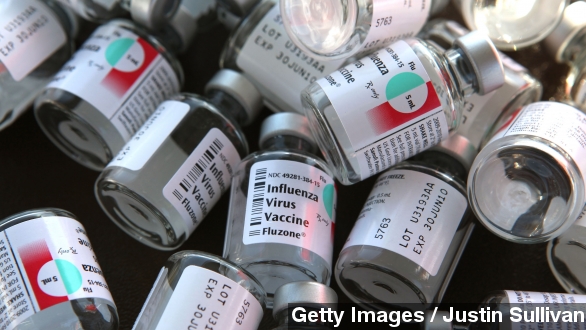 SMS
The Flu Vaccine Might Not Have You Covered This Year
By Madison Burke
By Madison Burke
December 4, 2014
The Centers for Disease Control and Prevention says a common strain of the flu has mutated, making the vaccine less effective.
SHOW TRANSCRIPT

Doesn't it seem like we're always reporting that the latest flu vaccine might not keep up with the latest strain? Well, here's another unfortunate warning as we head into the depths of flu season.

The Centers for Disease Control and Prevention says much of the flu virus going around this year has mutated, making this year's vaccine less effective. (Video via CNN)

So far, most flu cases this year are being caused by a strain called H3N2.

The vaccine to combat that strand was formulated months ago, and it worked ... at first. But because the strain has changed since then, it's now unable to protect against it as well.

It's not uncommon for flu strains to mutate. Flu.gov explains flu viruses are constantly changing, and that's why we're supposed to get a flu shot every year.

But there is some good news. Although the vaccine does not completely protect against the H3N2 mutation, it does offer some cross protection.

Meaning the vaccine's formula still partially protects against viruses it wasn't specifically designed for. So it could reduce the chances of getting severe symptoms if the strain is contracted.

In addition, the vaccine still adequately protects against the some of the other flu strains going around, and because of this, health officials are still recommending most people over six months of age get the shot. (Video via University Of Massachusetts Memorial Medical Center)

Because more people might become ill this year with H3N2, the CDC is reminding doctors the antiviral drugs Tamiflu and Relenza are available to treat those who are infected.