The First Female Librarian Of Congress Is In The Building 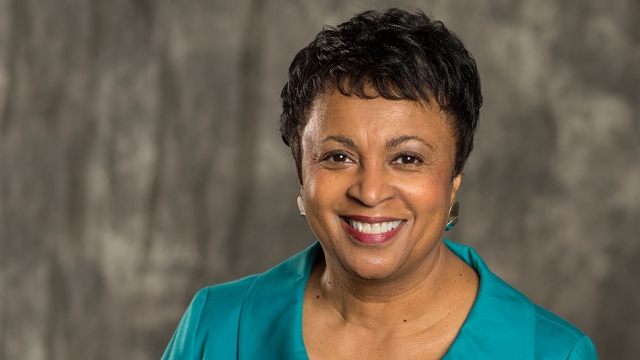 SMS
The First Female Librarian Of Congress Is In The Building

By Lindsey Pulse
July 14, 2016
Carla Hayden is bringing her digital talents to the Library of Congress.
SHOW TRANSCRIPT

Carla Hayden has made history by becoming the first woman and African American to oversee the nation's largest library.

Hayden was confirmed in the Senate as the librarian of Congress on Wednesday by a vote of 74-18.

Hayden has been the CEO of the Enoch Pratt Free Library in Baltimore since 1993 and was nominated for her new position by President Obama in February.

Hayden is known for modernizing the free library system. She holds a Ph.D. in library sciences and, according to The Atlantic, is the first professional librarian to run the Library of Congress in over six decades.

In her new position, Hayden will be in charge of more than 160 million publications and help bring the library into the modern age.

Hayden replaces James Billington and will be the nation's 14th librarian of Congress.

This video includes clips from the White House, C-SPAN and Library of Congress and images from Getty Images and American Library Association.