The Fed Could Raise Interest Rates; Should You Be Worried? 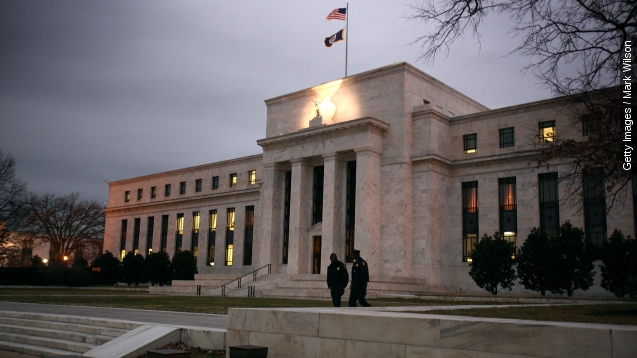 SMS
The Fed Could Raise Interest Rates; Should You Be Worried?
By Leah Becerra
By Leah Becerra
September 15, 2015
For the first time since 2006, the Federal Reserve could raise short-term interest rates. What does this mean for you?
SHOW TRANSCRIPT

The Federal Reserve Bank could raise short-term interest rates Thursday for the first time since 2006.

The Fed's been mulling over the increase for a while now, but the biggest thing you need to know is that if rates do go up, there's no need to panic.

All the short-term rate really does is change the rate at which the Fed can buy and sell bonds, which in turn regulates the money supply in the U.S. economy. (Video via Investopedia)

Since 2008, the government has kept rates near zero percent, which helped combat things like unemployment by pumping more money through banks.

But keeping the interest rates — and the flow of money — where it's at now could eventually start to hurt the country by fueling a whole new problem: inflation. (Video via The School of Life)

So, what happens to you if short-term interest rates go up? Well, not much right away because raising rates is done gradually. Also, many credit-based transactions take advantage of fixed rates, meaning they stick with the original rate.

For example, student loans tend to be offered at a fixed rate. So are car loans and home loans — even credit cards will have promotional periods with extremely low fixed rates. Over time, as interest rates begin to approach normal levels, these rates will go up, but it won't happen overnight.

For those watching U.S. stock markets, you may notice some volatility this week, just like every other week analysts have speculated about the Fed finally bringing rates back up. That's just short-term anxiety, though. And it's thanks mostly to investors' reactions at the thought of seeing lower profits. (Video via Fox Business)

And beginning to raise rates now could give the Fed the ability to readjust more down the road if our economy experiences another recession. (Video via U.S. Federal Reserve)