The FCC Is Considering Breaking Open The Cable Box Market 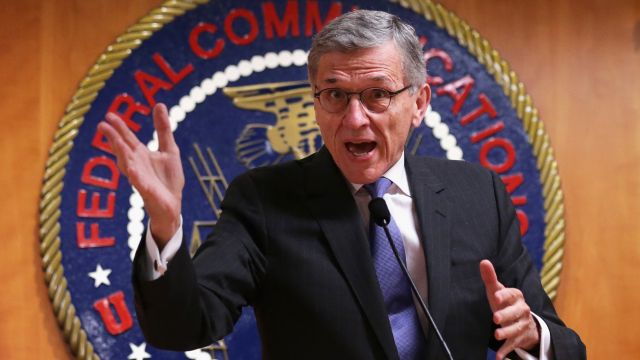 Right now, paying for cable also means paying a rental fee on the set-top box you hook up to your TV to actually watch cable.

The Federal Communications Commission wants to change that; a proposal approved Thursday would force cable companies to provide access to their programming to third-party manufacturers looking to build their own cable boxes.

FCC Chairman Tom Wheeler told The Washington Post, "When you end a monopoly stranglehold on something, and you allow competition to exist, prices go down and innovation goes up."

Proponents of the plan, including FCC Chairman Tom Wheeler, say opening up the set-top box market will lead to more options and drive down costs. A report authored by Senate Democrats claims the average cable user pays $231 a year to rent a cable box.

The proposal has prompted a flurry of opposition from the cable industry, which claims it could endanger everything from consumer privacy to niche programming supported by cable bundle revenues.

Detractors argue the FCC should be working on alternatives to the set-top box, rather than opening up the market. The commission's senior Republican member, Ajit Pai, told The Hill, "Our goal should not be to unlock the box, it should be to eliminate the box."

The proposal, which passed the commission 3-2 along partisan lines, now enters a public comment period, at the end of which will come the final vote.