The FBI's 'Measurable Progress' Is Still Evolving Too Slowly 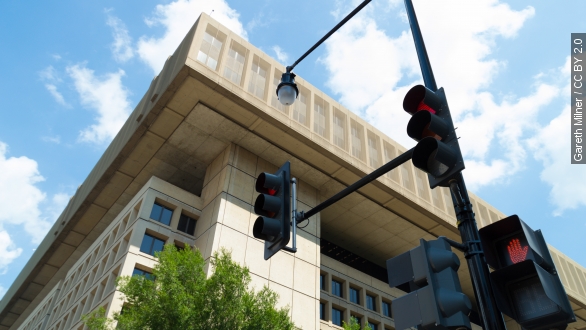 SMS
The FBI's 'Measurable Progress' Is Still Evolving Too Slowly
By Cliff Judy
By Cliff Judy
March 25, 2015
A report from the 9/11 Commission commended the FBI for major changes, but that doesn't mean the bureau has done enough.
SHOW TRANSCRIPT

The FBI has improved since 9/11 but is still evolving too slowly. Those are the findings of a review commissioned by Congress last year and released Wednesday. (Video via FBI)

The FBI released the 9/11 Review Commission's 127-page report along with a statement of support for the findings.

The report basically commended the FBI for making major changes over the past decade-plus. Past commissions following the 9/11 terror attacks criticized the bureau for being massively unprepared to deal with modern threats.

The report still said the FBI's intelligence gathering lags behind what it could be, and that must improve to deal with "increasingly complex national security threats, including from adaptive and increasingly tech-savvy terrorists, more brazen computer hackers, and more technically capable, global cyber syndicates." (Video via FBI)

Among the other critiques against the bureau, the report said the FBI is well-staffed with linguists in its major offices, but there aren't enough in the rest of the country.

"All of a sudden, he speaks Spanish and Chinese, and the bureau only flew out Vietnamese guys," former FBI linguist Alan Pham said. "What if they say, 'Hey, let's go do this guy tonight,' or, 'Let's go do a pound of heroin tonight.' We wouldn't know until like a week later." (Video via Instant Wireless Interpretation)

Several terrorist organizations like ISIS were listed in the report, often for their ability to leverage social media to spread messages, recruit new members and raise money.

The commission's very first of 12 recommendations says the FBI must "accelerate the pace of its reforms and transformation of its culture to counter these dynamic threats." Yet at the same time, the commission called this a challenge because of the bureau's "change-resistant culture."

That's not exactly a new criticism. The bureau is a historically and notoriously difficult agency to change course. Former director J. Edgar Hoover is often attributed with establishing that mentality, having complete control over the bureau's operations during his 48 years leading the FBI.

Flanked by the commission's authors on Wednesday, current FBI Director James Comey told reporters at bureau headquarters, "Overwhelmingly I agree with (the commission's) findings and recommendations. ... Being world class means knowing you are good but never being satisfied you are good enough."

It's not hard to see why Comey's a fan of these findings considering the harsher criticisms of the past. (Video via FBI)

The next-to-last recommendation given by the commission was for the FBI to establish a five-year strategic plan. While the commission said the FBI could fix some issues on its own, it acknowledged some of what the authors brought up will have to involve the Justice Department, the director of national intelligence and Congress.

To read the full report, click the link in the text of this story.

This video includes images from Getty Images, the U.S. National Archives and Gareth Milner / CC BY 2.0.