The FBI Is Now Keeping Track Of Animal Abusers 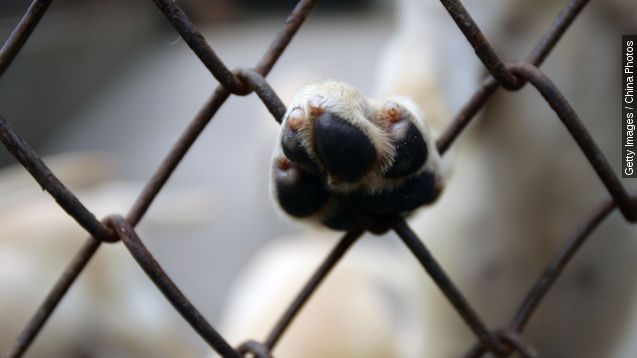 The federal government is cracking down on animal abusers. Starting this year, the FBI will begin tracking animal-abuse crimes the same way it tracks violent crimes like rape and homicide.

The change is all about data collection. Previously, local law enforcement lumped animal cruelty acts in with a category labeled "other." Now the bureau is collecting specific data on four types of animal abuse: simple or gross neglect, intentional abuse and torture, organized abuse and animal sexual abuse.

In time, information such as age, criminal history and location of convicted abusers will be made available for animal advocates and law enforcement.

Advocates have been pushing for this change for years, saying animal cruelty is just a stepping stone to human cruelty. And statistics back that up. According to a study by the Chicago Police Department, 65 percent of people arrested for animal crimes had been arrested for battery against another person.

A county prosecutor who handles cruelty cases told the Baltimore Sun, "In animal abuse, you have total power over the animal. If you're willing to exert that in a cruel, malicious and vicious way, then you're likely to do that to people too."

But it's important to note offenders who engage in acts of animal cruelty still face very different punishments from those who harm people. Neglecting an animal is considered a felony in just 13 states.

Implementing the new reporting system will take time. A deputy with the National Sheriffs' Association told Newsy's partners at KSHB, "It'll take several years for this data to really become useful. As the FBI improves on the reporting and as more law enforcement become involved in the reporting, it will, over the course of the next three, four, five years, that data will become very important."