The FBI/Apple Encryption Case Could Have Had A Happier Ending 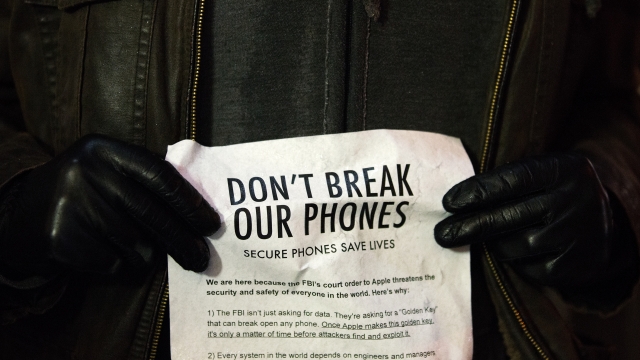 SMS
The FBI/Apple Encryption Case Could Have Had A Happier Ending
By Evan Thomas
By Evan Thomas
March 29, 2016
With the FBI case against Apple's encryption canceled, the company is off the hook but misses a chance to strengthen privacy protection for consumers.
SHOW TRANSCRIPT

The FBI has officially requested the court cancel its fight with Apple.

It got what it wanted: a way into the locked iPhone that belonged to San Bernardino shooter Syed Farook. And it didn't need Apple's help, after all.

On the surface, a canceled case is good news for Apple. Nobody's trying to compel the company to breach its own security anymore, but it's not clear if Apple walks away in a better position.

The FBI hasn't said whether it will share its methods with Apple. Nobody knows if whatever the FBI did will grant access to other devices.

If there's a widespread vulnerability, Apple will want to patch it, but unless the FBI talks, it has no idea where to start.

For tech companies and consumers, there are still some big unanswered questions about rights and privacy. In dropping the case, the FBI denied Apple an opportunity to set a precedent that could have stopped law enforcement from accessing locked devices in the future.

So the status quo is largely unchanged. The security community isn't happy — not with the outcome and especially not with the FBI's conduct under oath.

In the meantime, expect the congressional debate to continue. Sens. Richard Burr and Dianne Feinstein are still working on their proposed bill that would pressure tech companies to comply with decryption orders from the government.

Apple, for its part, told outlets, "This case raised issues which deserve a national conversation about our civil liberties, and our collective security and privacy." The company said it plans to continue the discussion, whatever form that takes.

This video includes clips from Apple and The House Committee on the Judiciary and images from Getty Images. Music: "Does Not Compute" by Birocratic (http://birocratic.bandcamp.com).