The Fatwas Of ISIS: Satellite TV, Pool And Turkish Meats 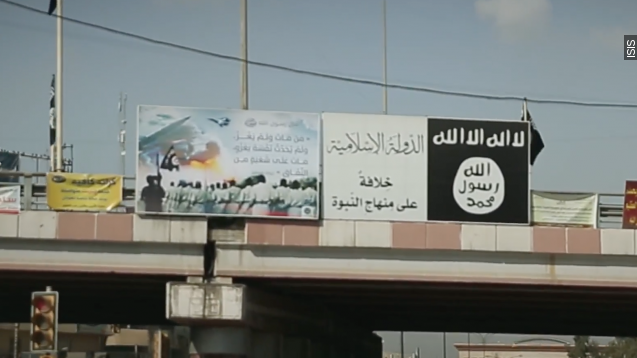 SMS
The Fatwas Of ISIS: Satellite TV, Pool And Turkish Meats
By Jake Godin
By Jake Godin
January 13, 2016
ISIS has a lot of fatwas, or religious rulings. Some, such as a recent ban on satellite TV, are a bit mundane and a little odd. Some are serious, too.
SHOW TRANSCRIPT

That’s according to a “fatwa” — or religious ruling — ISIS issued in December.

According to ISIS' religious scholars, dish satellite risks people seeing everything from sorcery to immorality. So, the purchase, sale, circulation, promotion or repair of satellite dishes is banned in ISIS-held territory. (Video via Dish)

But that’s not the only odd fatwa ISIS issued.

Middle East researcher Aymenn Al-Tamimi — who probably has the most extensive collection of ISIS documents outside the caliphate — has a few archived.

Take, for example, eating meat imported from Turkey. There's a fatwa against that — perhaps because there's no way to know if the meat was prepared to ISIS' standards.

Playing pool or foosball is OK, as long as you're not making bets and the game doesn't get in the way of prayers.

ISIS also frowns on selling counterfeit products. Apparently, the caliphate has the highest standards for merchandise.

Some fatwas are a little more serious, like allowing organs to be harvested from certain prisoners.

There’s also a ban on ransoming prisoners for money. According to ISIS’ religious ruling, prisoners are to be killed instead.

These are just some of the laws of the land in ISIS’ territory. But with the group having lost more territory than it gained in 2015, ISIS is running out of places to implement that law.