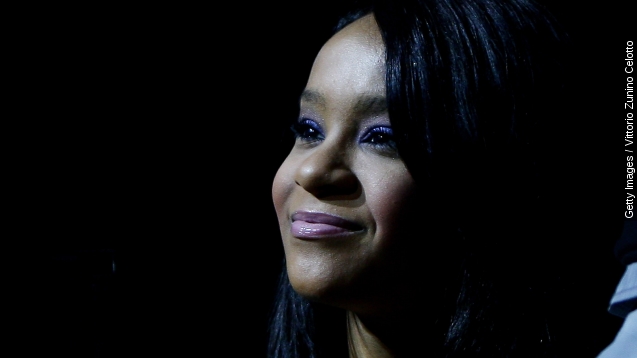 Bobbi Kristina Brown was laid to rest in Alpharetta, Georgia on Saturday, but the funeral was anything but calm.

Her aunt, Leolah Brown, was thrown out of the service after yelling at Pat Houston as she walked up to the podium.

Brown told the press, including Entertainment Tonight: "I have information, I have evidence, I have knowledge of who Pat really is. ... She's not of any relation whatsoever to Krissi."

Leolah was furious in part because she believed some of Pat's motives with the funeral plans were selfish. Instead of flowers, Pat asked funeral attendees to donate to her charity, The Marion P. Foundation.

The funeral was also rumored to have a "Sweet 16" theme, which angered family members and close friends, including singer Dionne Warwick.

Warwick, who is Whitney Houston’s cousin and planned her funeral, says Pat is acting like the head of the family when, in reality, she only married into it. Warwick threatened to boycott the funeral if the theme went on as planned.

But the rift between the Houston and Brown families doesn't stop there.

One source told the Daily Mail it was common knowledge that Pat and Bobbi did not get along well. Bobbi reportedly didn't like how Pat tried to run her life and manage her inheritance.

In 2014, Bobbi Kristina responded to a tweet asking why Houston filed a restraining order against Nick Gordon. Bobbi responded, "Well she is a coward. Her treachery will #COMETOLIGHT!"

Leolah also posted several angry messages on Facebook, most notably accusing Houston of wanting to take Bobbi off life support because it cost "too much money to keep her alive."

Leolah also said in a lengthy post: "Bobbi Kristina HATES Pat for what Pat has done to her and her mother. ... Pat has NO RIGHT WHATSOEVER to be anywhere near my niece's Estate!"

Whitney Houston's estate will now be divided among her mother, Cissy Houston and two brothers.