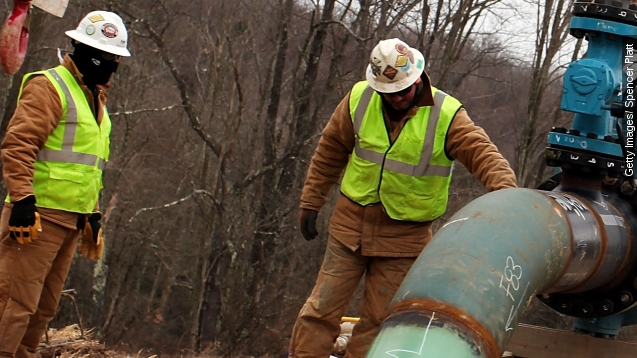 Five years ago, environmentalists were concerned about water contamination when Congress commissioned an Environmental Protection Agency study on the effects of fracking.

While the natural gas industry celebrates the EPA's finding that drinking water was largely unaffected by fracking, the report disregarded an arguably bigger issue: earthquakes. (Video via WildEarth Guardians / CC BY NC ND 2.0)

In the five years the EPA has been looking at drinking water, fracking-heavy states like Texas and Oklahoma — not traditionally prone to earthquakes — have become some of the most active seismic zones in the country.

Oklahoma averaged about one and a half earthquakes per year before 2009 — now the state is projected to have 941 earthquakes in 2015 alone.

These quakes aren't directly caused by fracking but rather by the wastewater that fracking produces.

Fracking works by pumping a mixture of water, sand and chemicals underground to lift natural gas to the surface. But after it reaches the surface and workers extract the gas, there's nowhere to put the leftover liquid.

So they pump some of it back underground — which has been linked to increasingly dangerous earthquakes in the Midwest.

There have been environmental concerns over fracking from the beginning, but water contamination just isn't the same issue it was five years ago — other studies have already found a negligible link between the two.