The End To Kobe Bryant's Incredible Career Is Bittersweet 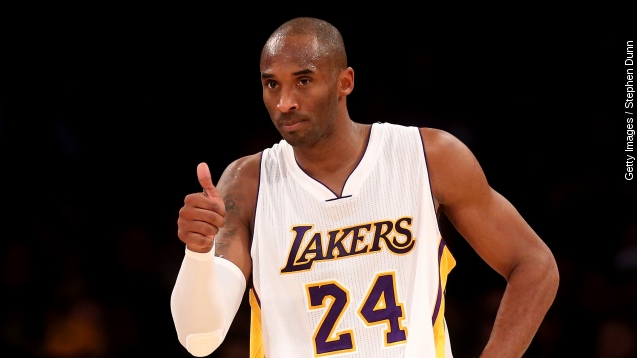 SMS
The End To Kobe Bryant's Incredible Career Is Bittersweet
By Grant Suneson
By Grant Suneson
November 29, 2015
Kobe Bryant is calling it quits after a tremendous 20-year career in which he won championships, gold medals and MVPs, but it's ending on a sour note.
SHOW TRANSCRIPT

After 20 incredible seasons as one of basketball's brightest stars, Kobe Bryant is planning to retire at the end of the season.

Bryant wrote a poem published in The Players' Tribune announcing his decision to hang up his sneakers and call it a career. And what a career it's been.

Bryant will go down as the NBA's third all-time leading scorer, just above Michael Jordan. During his run, he captured five championships, two Finals MVPs and 17 All-Star Game appearances — all with the Lakers. Not to mention his two Olympic gold medals.

He's come a long way since setting the record for being the youngest player in an NBA game. But, like anyone else, his youth has faded.

Kobe has certainly struggled this year, shooting a dismal 31.5 percent from the field, while his Lakers are in dead last in the Western Conference. And it's obvious the frustration is starting to wear on him.

While his decline was a hot topic for NBA pundits this season, Bryant will still be remembered as one of the game's all-time greats. (Video via Nike)

Not only in terms of success and skill, but also for his fierce competitiveness and love of the game, a sentiment that was captured in his farewell poem. (Video via Foot Locker)

"My mind can handle the grind, but my body knows it’s time to say goodbye. And that's OK. I'm ready to let you go. I want you to know now so we both can savor every moment we have left together."