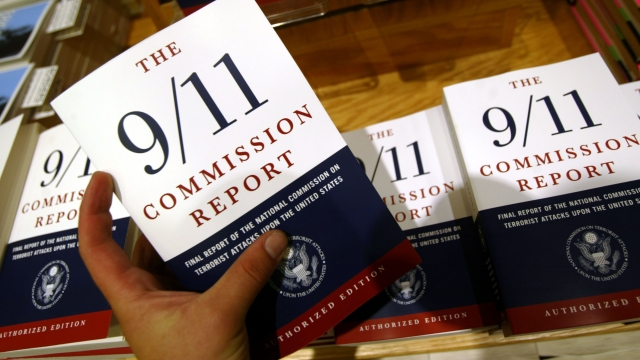 SMS
The Director Of The CIA Says The Saudi Government Didn't Plan 9/11
By Ryan Biek
By Ryan Biek
June 12, 2016
CIA Director John Brennan says he believes 28 redacted pages from a 9/11 report will be made public and prove the Saudi government wasn't behind 9/11.
SHOW TRANSCRIPT

CIA Director John Brennan said the Saudi government had nothing to do with planning the 9/11 attacks, and he expects previously redacted pages from an investigation will prove that to the public.

The report was published in 2002, but 28 pages were classified. Some speculated those pages show that wealthy Saudis helped finance the 9/11 attacks. Out of the 19 hijackers, 15 were Saudi citizens.

But in an exclusive interview with the Saudi-owned Al Arabiya network, Brennan said the Saudi government was not responsible and that he believes the pages proving it will be made public.

"This was the work of Al-Qaeda, of bin Laden, [current Al-Qaeda leader] Ayman al-Zawahiri and others of that ilk," Brennan said.

The situation may have been a little more complex than that, though. John Lehman was a member of the 9/11 commission, and he told CNN in May that those same redacted pages show as many as six Saudi officials helped Al-Qaeda.

But Lehman later scaled back his estimate, falling more in line with other members of the commission who said only one official was implicated. Lehman also stressed that the Saudi government as an institution did not fund the attack.

Last month, the Senate unanimously passed a bill that would allow family members of those killed during 9/11 to sue Saudi Arabia. It now awaits a vote by the House of Representatives.

Saudi Arabia has warned it might start selling hundreds of billions of dollars' worth of U.S. assets if the measure passes, but economists are skeptical that the country would follow through.

Both Brennan and Lehman have advocated for the declassification of those 28 pages. The White House will reportedly decide later this month whether to release the pages.