The Dentist Who Killed Cecil The Lion Goes Back To Work 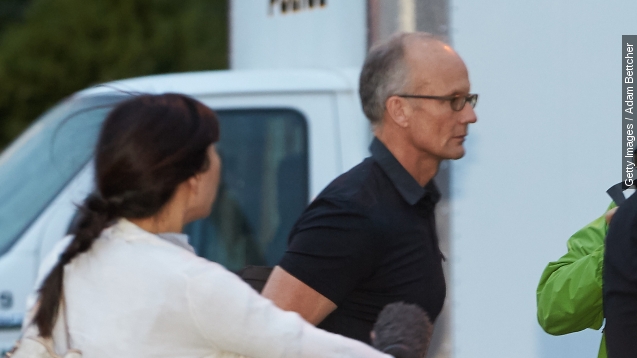 SMS
The Dentist Who Killed Cecil The Lion Goes Back To Work
By Katie Link
By Katie Link
September 8, 2015
Walter Palmer, the Minnesota dentist who killed Zimbabwe's beloved Cecil the lion, went back to work Tuesday as people protested outside his office.
SHOW TRANSCRIPT

He took off Labor Day — and a whole bunch of other days. But the break is over. Walter Palmer, the Minnesota dentist known for killing beloved Cecil the lion, returned to work Tuesday.

Escorted in by a bodyguard, Palmer avoided reporters and protesters. (Video via WCCO)

He made headlines after killing Cecil near a national park in Zimbabwe in early July. He continues to say that hunt was perfectly legal.

Public outrage, protests and threats have made everyday life for Palmer and his family impossible, forcing him to take six weeks off work.

But it seems six weeks wasn't enough time for some people to move on.

"I think he should probably leave town, that'd be a better idea," another protester told ABC.

Palmer hasn't been charged with any crimes, but Zimbabwean officials say they want to extradite him to face a judge there.