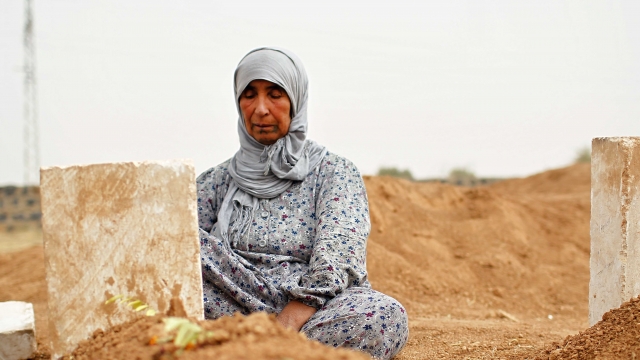 SMS
The Death Toll In Syria Is As Muddled As It Is Devastating
By Melissa Prax
By Melissa Prax
April 23, 2016
The United Nations special envoy Staffan de Mistura estimates 400,000 people have died in the Syrian conflict since it started in 2011.
SHOW TRANSCRIPT

That number far surpasses a U.N. estimate of 250,000 deaths from a year and a half ago.

De Mistura's figure is closer to a 2015 estimate from the Syrian Center for Policy Research. Since the conflict began, it projects 470,000 Syrians have died and that 11.5 percent of the population has been killed.

But that estimate varies widely from another set of numbers released last March by the Syrian Observatory for Human Rights that suggests nearly 274,000 died.

No matter the number, several organizations say Syria's civil war is the biggest humanitarian crisis since the second World War.