The Dangers Of Leaving Pets In Cars 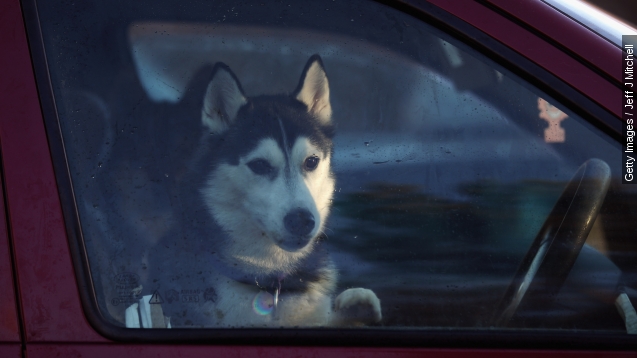 SMS
The Dangers Of Leaving Pets In Cars
By Ben Lawson
By Ben Lawson
August 12, 2015
A dog living in a minivan in Edmonton, Alberta, has drawn the ire of the online community. How dangerous is it to leave a pet in an automobile?
SHOW TRANSCRIPT

A petition has cropped up online calling for city officials in Edmonton, Alberta, to rescue a dog who locals say has been forced to live in a minivan.

CTV reports the dog is rarely seen outside the van and is likely forced to live there because the owner's apartment complex doesn't allow pets.

Authorities have looked into the situation and say the dog doesn't appear to be in danger.

But what has people so upset is it can be dangerously hot inside vehicles, even on days when it's not terribly warm outside.

The Humane Society of the United States says when it's 72 degrees outside, the inside of a car can reach 116 degrees in an hour.

In the U.S., it's actually illegal to leave a pet in the car in 16 states.

And in Tennessee, people who break into a car to save an animal don't have to worry about getting a civil suit.

But officials say nothing can be done for the dog in Edmonton. It doesn't appear to be in great danger, and its owner says he has an electric air-conditioner in the van.