The Countdown To The Annual Puppy Bowl Is On 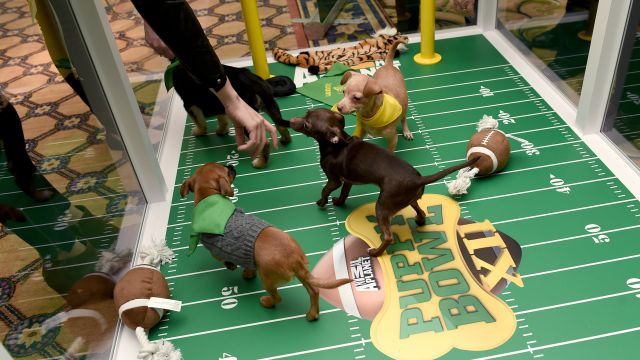 For the past 11 years, Animal Planet has made Super Bowl Sunday so much more enjoyable for those of us who don’t know, or don’t care, about football.

And this year’s lineup of 49 pup players is looking pretty solid.

Which means you should probably go ahead and lock down your fantasy team. Yes, this is a thing.

The bowl isn’t just for fun and games, it’s also for raising awareness about pet adoption. All of the puppies that play in the Puppy Bowl are from pet shelters across the U.S.

We should mention, some kittens also make an appearance during the 90-minute production. Because what else would viewers want to watch as a halftime show?