The Cost Of Rebuilding Nepal's Education System After Quake 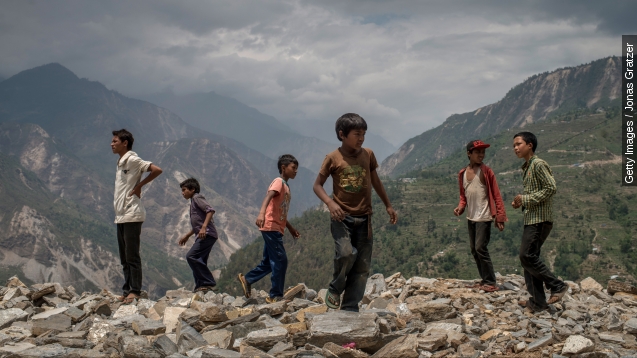 SMS
The Cost Of Rebuilding Nepal's Education System After Quake
By Evan Thomas
By Evan Thomas
May 31, 2015
Nepal is reopening schools in temporary buildings as the country recovers from earthquakes that damaged schools beyond repair.
SHOW TRANSCRIPT

Nepal is reopening its schools following the earthquakes that damaged many of its buildings — schools included — beyond repair.

"What they've done here in this school is construct a whole load of bamboo classrooms out here in the grounds, with the help of UNICEF and with a local NGO as well and, crucially, with the help of the teaching staff," said Al Jazeera's Harry Fawcett.

Restarting education quickly is critical for Nepal, according to The New York Times. Even before the earthquakes, the country dealt with a low literacy rate and high absenteeism, sometimes from teachers themselves.

One UNICEF representative said, "If we are not able to provide at least a temporary solution immediately, we run the risk of losing many children who otherwise could benefit from our efforts to build back better the education system."

"We have to start. There's no choice. Education means the future," local principal Geeta Rana told the BBC.

UNICEF estimates the cost of inspections and restarting temporary education could be close to $25 million. (Video via Sky News)

Nepalese government officials say the country, as a whole, faces reconstruction costs that could reach as high as $10 billion — more than half its GDP.