The Conflict Between Private And Public Funding For Stadiums 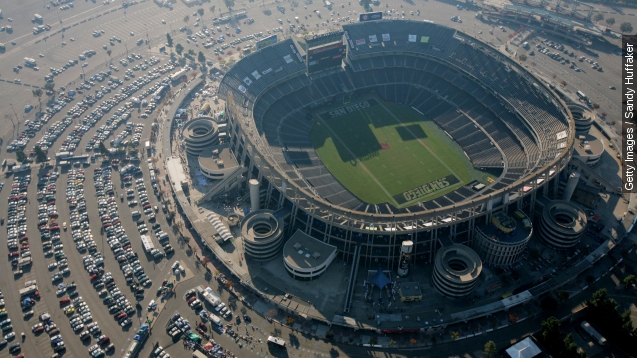 There are typically a few ways to go about financing the construction: public funding, private funding or a combination of the two.

When the United States Tennis Association decided rain was postponing too many matches at the U.S. Open year after year, it chose to build a $150 million retractable roof over its main stadium using private funding. (Video via The Wall Street Journal)

The USTA used bank bonds to finance the project, and plans to pay those bonds back through ticketing and broadcasting revenue. (Video via US Open Tennis Championship)

Public funding, which is when taxpayers cover the tab, tends to be a much more controversial model.

There's the belief that new or renovated stadiums could bring in more business and benefit local economies. Wisconsin Gov. Scott Walker said this about a $500 million stadium for the NBA's Milwaukee Bucks — roughly half of which would be paid for using taxpayer money.

"This is all based on growth. This is the ultimate free market, fiscally conservative approach going forward," Walker said.

But a number of studies refute that, suggesting many stadiums have no positive economic benefit.

In the NFL, a lot of stadiums have been built in recent years. Using numbers from a sports research and consulting firm, CNN reported, "Twenty new NFL stadiums have opened since 1997 with the help of $4.7 billion in taxpayer funds."

For those cities, the choice is this: find the money or your team finds a new home.

This video includes Getty Images and music by Birocratic / CC BY ND 3.0.