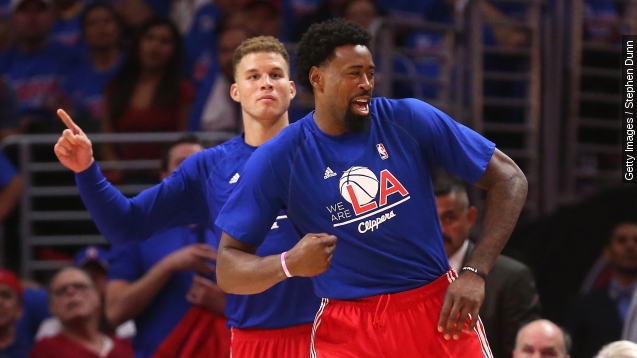 DeAndre Jordan's indecision on whether to stay with the Los Angeles Clippers was one of the most exciting stories from this year's NBA free agency. That saga has yet another development: a six-figure fine for the Clippers.

To recap, Jordan had been wooed by the Dallas Mavericks, seemed intent on heading to Texas, changed his mind and was then held hostage by the Clippers.

And the battle for Jordan featured what might've been the first high-profile emoji fight between NBA players. It's 2015, y'all.

In the end, the Clippers won Jordan back, but now they'll lose a quarter of a million dollars because they apparently tried sweetening the deal with an outside endoresement.

ESPN's Darren Rovell reported Tuesday the NBA is fining the Clippers for a side offer they made Jordan while he was a free agent. We still don't know the details of the offer, but NBA rules say teams can only offer a free agent a contract. No money-making side hustles. (Video via CBS Sports)

The NBA says that's what the Clippers did. The league said in a release the offer ultimately didn't play a role in Jordan's decision to go back to the team, but it must've been big enough to warrant a fine. (Video via Los Angeles Clippers)

The NBA also took the time to call out Michael Jordan in a vague warning saying the Charlotte Hornets owner can't decide who gets an endorsement deal with his footwear company.

It's not clear whether Jordan actually tried to hand-pick anyone, but the warning drives home that same NBA policy: Outside contracts are an unfair recruiting advantage and are banned. (Video via Jordan)

Clippers owner Steve Ballmer responded to the NBA's fine saying, "We believed we were doing this the right way, and any circumvention was inadvertent."