The Clintons Welcome A New Grandson 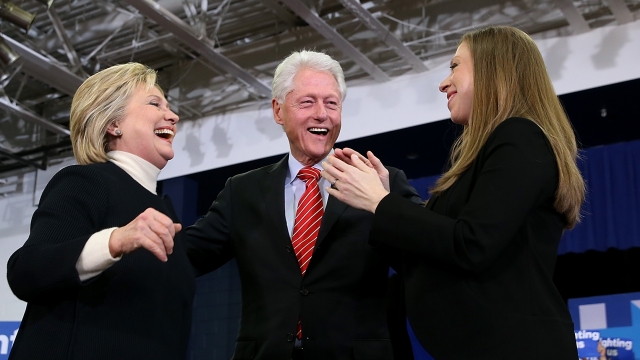 The presumptive Democratic presidential nominee has welcomed a new grandson into the world.

On Saturday, Chelsea Clinton announced the birth of her second child, Aidan Clinton Mezvinsky. She and her husband, investment banker Marc Mezvinsky, had their daughter Charlotte in 2014. But Chelsea said it wasn't long after that before her mom started pushing for another grandkid.

"She was very public about wanting a grandchild. It's been such a joy to see her as a grandmother. And I thought maybe we'd have a little bit more time, but she already talks about wanting more grandchildren," Chelsea Clinton told NBC in September.

The vice chair of the Clinton Foundation has been a strong supporter of her mother's presidential run.

"I didn't know I could care any more about politics or who was running for office or holding office until I became a parent," Chelsea Clinton said.

She's campaigned for her mother throughout the presidential run, repeating how meaningful this year's election is to her because it's the first one she'll vote in as a mom.

This video includes images from Getty Images and a clip from Hillary for America. Music provided courtesy of APM Music.