The Clinton Family Is Expecting A New Addition This Summer 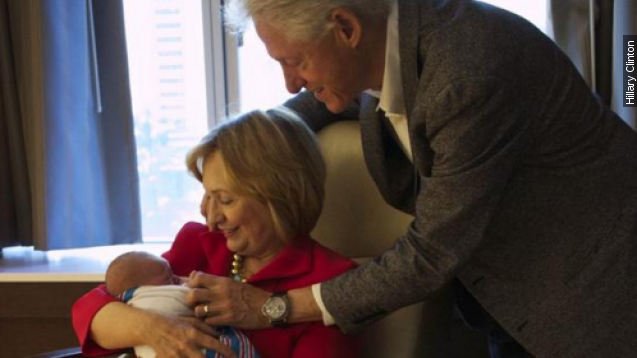 SMS
The Clinton Family Is Expecting A New Addition This Summer
By Kate Grumke
By Kate Grumke
December 21, 2015
Chelsea Clinton announced she and her husband, Marc Mezvinsky, are having a second child this summer.
SHOW TRANSCRIPT

Chelsea Clinton announced on Twitter she and her husband Marc Mezvinsky are expecting their second child this summer.

Hillary Clinton wrote on Twitter: "Your dad and I could not be happier for you, Marc, and Charlotte. We're so excited to meet our second grandchild!"