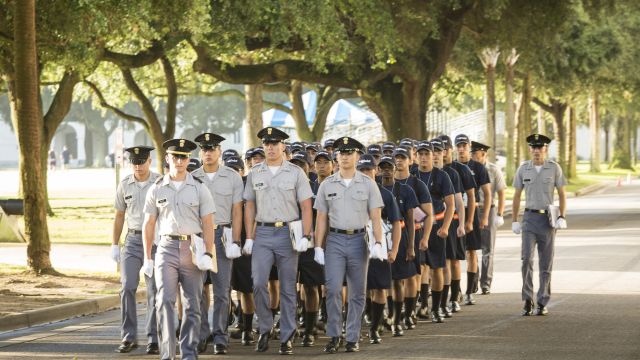 South Carolina's military college, The Citadel, will not bend its strict uniform code to allow a Muslim student to wear her hijab on campus.

The school prides its 174-year-old tradition of strict uniform rules as a way to enforce cadets' commitments to the school's values. Citadel president Lt. Gen. John Rosa said, "Uniformity is the cornerstone of this four-year leader development model."

The university also emphasized it was willing to make other religious exemptions for the prospective student but allowing her to alter her uniform was apparently the line in the sand.

A spokesman for the Council on American-Islamic Relations told The Washington Post the student was heartbroken by the decision and won't be attending The Citadel after all. He also framed the rejection as a civil rights issue, saying, "As far as legal action [is considered], all options are on the table."

Similar challenges have carved out religious exemptions to the U.S. Army's uniform code in the past, allowing Sikh soldiers to wear turbans and keep their beards unshaven. The Citadel is a public university and not bound to the military's uniform policy.

This video includes clips from CBS and images from Getty Images and the U.S. Army.