The Changes Since 2013's Boston Marathon 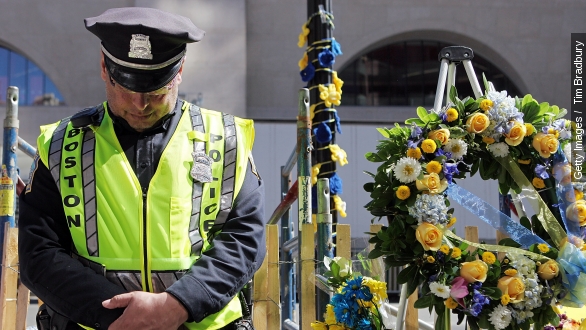 SMS
The Changes Since 2013's Boston Marathon
By Matt Moreno
By Matt Moreno
April 20, 2015
The security plan for this year's race will be drastically different from 2013, yet similar to the one put in place the year prior.
SHOW TRANSCRIPT

It's been two years since the tragic bombing at the 2013 Boston Marathon killed three and injured dozens. Since then, the iconic marathon has changed.

One of the biggest changes starts with bomber Dzhokhar Tsarnaev.

Tsarnaev was convicted earlier this month on 30 counts, including use of a weapon of mass destruction. That, among many of the other charges, carries a life sentence.

It's still undecided whether Tsarnaev will face a lifetime in prison or be sentenced to death. Tsarnaev's sentencing begins this week and could last for just a few weeks.

"Because [the plan] was successfully carried out last year, we didn’t have to reinvent the wheel all over again."

The International Business Times writes part of those measures include smaller crowds along the runners' paths, random bag searches, larger medical teams and an increased police presence. Also on that list are drones — or the lack thereof. (Video via WHDH)

Boston Marathon officials said Monday's race would be a "no drone zone" and they'd be using anti-drone technology to make sure none are flown.