Another Cease-Fire Begins In Syria — Will This One Last? 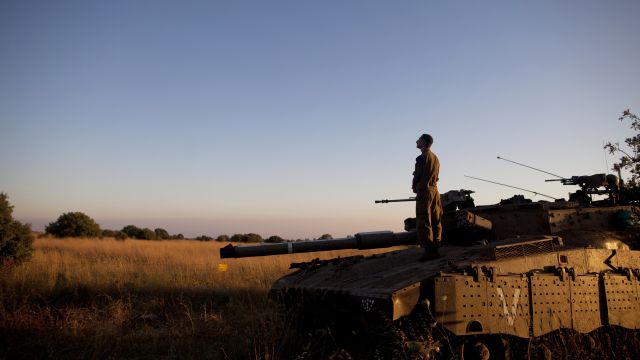 SMS
Another Cease-Fire Begins In Syria — Will This One Last?
By Lindsay Gloor
By Lindsay Gloor
September 12, 2016
The cease-fire began Monday at sundown, and Secretary of State John Kerry is cautiously optimistic.
SHOW TRANSCRIPT

"I don't think I have to spell out for you how urgent this assistance is ... in some cases literally the difference between life and death for tens of thousands of people," Secretary of State John Kerry said in a press briefing Monday.

The U.S.- and Russian-brokered agreement calls for a seven-day halt in fighting between the Syrian regime and opposition groups. If it holds up for all seven days, then the U.S. and Russia will cooperate in bombing ISIS and Al-Qaeda's Syrian affiliate.

The last time there was a partial cease-fire in Syria, it didn't last long. But Kerry said he's still cautiously optimistic about this new one.

"I urge all the parties to support it because it may be the last chance that one has to save a united Syria," he said during the press briefing.

Kerry made these remarks despite some continued violence in Aleppo and provocative comments made by Syrian President Bashar al-Assad. While walking through the war-torn city of Daraya, Assad told one Syrian media outlet, "... the Syrian state is determined to retake every area from the terrorists and restore security and safety."

The civil war in Syria has been ongoing for the last five years and has likely claimed 400,000 lives, according to the United Nations. Humanitarian organizations like Save the Children say the cease-fire is necessary to start rebuilding devastated hospitals and schools.