The Cease-Fire In Aleppo Seems To Have Been Broken 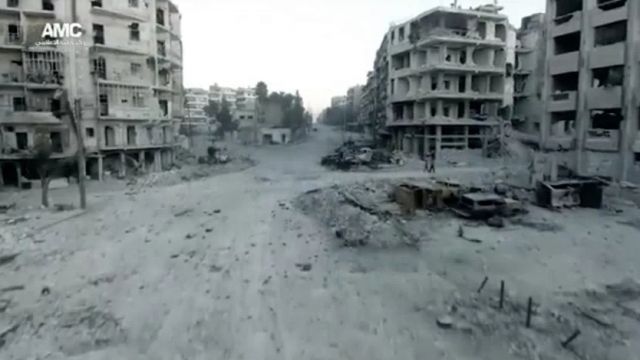 SMS
The Cease-Fire In Aleppo Seems To Have Been Broken
By Briana Koeneman
By Briana Koeneman
December 14, 2016
Just hours after the cease-fire deal was announced, activists in the area said gunfire, shelling and airstrikes had resumed in the Syrian city.
SHOW TRANSCRIPT

A cease-fire deal between rebels and the Syrian government in Aleppo seems to have been broken.

The deal, brokered by Russia and Turkey, was supposed to evacuate the remaining rebels and thousands of citizens left in the city starting early Wednesday.

But by late morning, several reports from the area said gunfire, heavy artillery shelling and airstrikes had resumed and evacuation buses had no passengers.

SEE MORE: UN Says It Has Received 'Disturbing' Reports Of Executions In Aleppo

The Syrian government didn't immediately give a reason for the evacuation delay. But the opposition has blamed Iran — a Syrian ally — and said the country tried to introduce new conditions to the deal at the last minute.

This is just one of several cease-fires that have fallen through in Aleppo. It's now unclear when or if the evacuations will happen.