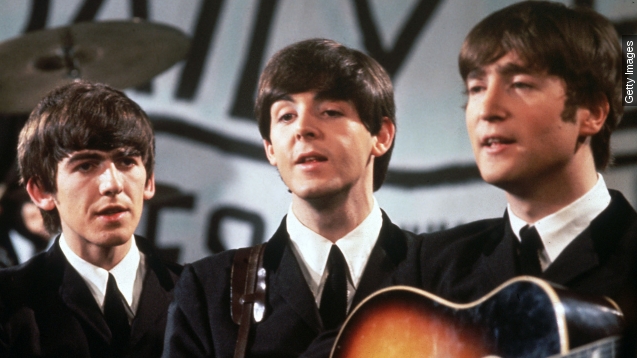 How's this for an early Christmas present? The Beatles are coming to music streaming services this Christmas Eve.

The band is one of the most notable holdouts from the music streaming trend, but now, it's coming to Spotify, Apple Music, Tidal, Deezer, Rhapsody and other major services. (Video via Apple Corps. / 'The Beatles')

Giles Martin, the producer responsible for bringing the band's catalog to digital platforms, told Fast Company that he was waiting for streaming services to embrace higher quality audio streaming. (Video via Apple Corps. / The Beatles)

But it's likely the licensing contracts were one of the most contentious parts of the deal. That's something modern artists like Adele and Taylor Swift have both quarreled with streaming giants over.

The Beatles' music is notoriously slow to debut on new platforms. The band didn't land on iTunes until 2010. However, it had a pretty solid start, selling 450,000 albums and 2 million singles in its first week. (Video via Apple Corps. / The Beatles)

So here's hoping The Beatles make a big enough splash to kick Justin Bieber off the top of Spotify's global chart. Now that would be a Christmas miracle.