The Billion-Dollar Business Of Fantasy Football 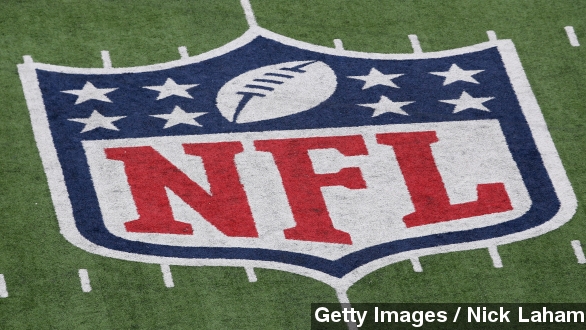 SMS
The Billion-Dollar Business Of Fantasy Football
By Jamal Andress
By Jamal Andress
September 3, 2014
From TV channels to "expert analysis," fantasy football employs a lot of people — and that number is only overshadowed by the number of participants.
SHOW TRANSCRIPT

​It’s that time of the year again when competitors around the country gear up to go head-to-head in their living rooms, cubicles and anywhere else with a wi-fi connection.

It’s fantasy football season for millions of sports fans around the country, and with every passing year the business of fantasy sports continues to grow.

From fantasy TV channels to "expert analysis," fantasy football employs a lot of people — and that number of people is only overshadowed by the amount of participants. (Video via CBS)

According to the Fantasy Sports Trade Association, an entire organization dedicated to tracking all things fantasy, there are more than 33 million people who will play fantasy football this year. More importantly, on average each one of them will spend $111 on league-related costs; making fantasy football a very real billion dollar industry.

And with so much money on the table it seems like everyone is looking to cash in on the America’s newest craze.

The biggest benefactors are arguably the fantasy football websites who collect the entry fees. The average player spends more than 50 bucks — paying just to play.

Yahoo: "Hey Grandma! Shut you down!"

Also, the cell phone carriers and app developers want your business badly. The FSTA estimates more than 65 percent of fantasy sports players use their smartphone to access real-time fantasy information. (Video via Yahoo)

And the money being spent ranges from the obvious to the more obscure — like taking out insurance on your entry fee in case, say, first round pick LeSean McCoy got hurt. (Video via Upper Deck)

Meanwhile in reality, the NFL season begins Thursday with the Green Bay Packers facing off against the Seattle Seahawks.