The Biggest Starbucks Ever Will Be 'Coffee As Theater' 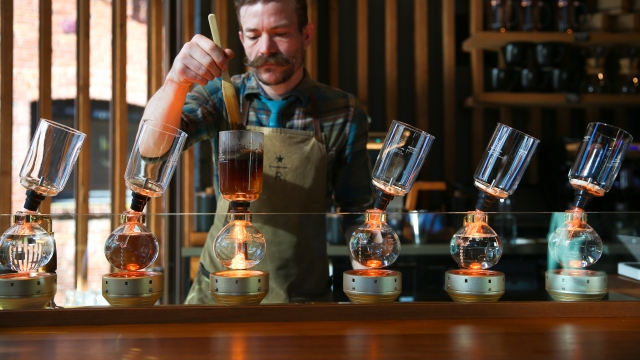 SMS
The Biggest Starbucks Ever Will Be 'Coffee As Theater'
By Ben Lawson
By Ben Lawson
April 6, 2016
The massive store Starbucks plans to open in New York City will be more than a typical cafe.
SHOW TRANSCRIPT

Starbucks says its biggest store ever is going to be more "coffee as theater" than a typical cafe.

It's modeled off the Starbucks Reserve Roastery and Tasting Room in Seattle, which means it's going to be more than an oversized coffee shop.

Starbucks CEO Howard Schultz said in a statement, "We want this experience to tell our customers that we're coming to Broadway."

It sounds a lot like a winery, but for coffee. It will teach people about the brewing and roasting process.

And it will feature higher-end brews that you can't buy at regular Starbucks locations. So, basically, this place will be a coffee snob's heaven.

This video includes clips from Starbucks and images from Getty Images.