The Biggest Snubs, Surprises Of The SAG Film Awards Nominations 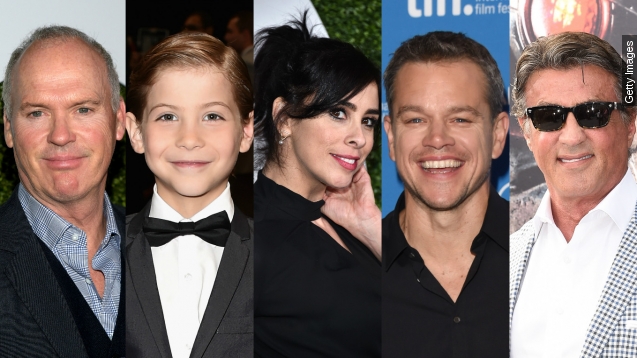 The Screen Actors Guild announced the nominees for the 2016 SAG Awards Wednesday morning, and while a vast majority of the nominations were predictable, there were quite a few major snubs on the film side.

Mark Ruffalo and Michael Keaton — both of whom have Oscar campaigns for a Supporting Actor nom for "Spotlight" — were snubbed in the Outstanding Performance by a Male Actor in a Supporting Role category.

Sylvester Stallone was also left off the SAG list for his reprisal of Rocky in "Creed."

Jacob Tremblay was nominated for his supporting role in "Room," which could give the young star momentum going into the heat of awards season.

Matt Damon — who is considered a serious contender for Best Actor at the Oscars — was left off the SAG equivalent. In fact, "The Martian" wasn't nominated for any of the major categories.

On the other hand, the lead actress category was relatively predictable — minus Jennifer Lawrence, who was not nominated for her role in "Joy." Cate Blanchett, Brie Larson and Saoirse Ronan received nominations, as did Helen Mirren — and surprisingly, Sarah Silverman.

Ensemble cast nominations included "Beasts of No Nation," "The Big Short," "Spotlight," "Straight Outta Compton" and "Trumbo." Notable films left off that list were "The Martian" and "The Hateful Eight."

The SAG Awards will air Jan. 30 on both TBS and TNT.