The Biggest Announcements From The Google Event 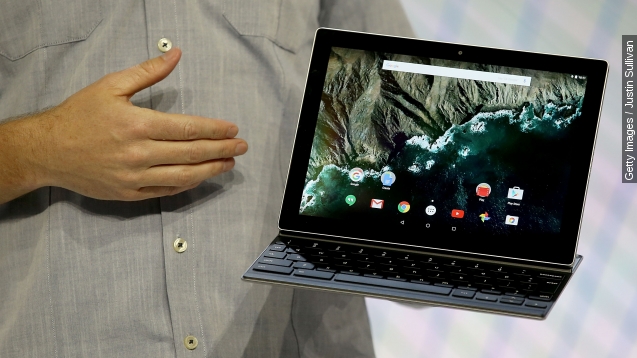 SMS
The Biggest Announcements From The Google Event
By Ben Lawson
By Ben Lawson
September 29, 2015
Google announced some big updates to its Nexus phones and Chromecast and said a new tablet is on the way.
SHOW TRANSCRIPT

In a jam-packed event, Google unveiled a whole slew of updated products for its Android platform.

As expected, Google announced two new smartphones. The Nexus 5X, made by LG, and the Nexus 6P, made by Huawei.

Both devices are getting an updated camera and a fingerprint scanner on the back of the phone instead of the front.

Both of these will be launching with Google’s next mobile operating system, Android 6.0, or Marshmallow. Marshmallow rolls out the first week of October for eligible devices.

You can also now get a version of Chromecast just for audio streaming. It plugs straight into a speaker's auxiliary port making it simple for streaming music from your phone or tablet.

Last but not least, we got a first look at an entirely new product, the Pixel C tablet. It runs on Android, and Google has created a keyboard for the device. It's set to be released in time for the holidays.