The Best And Worst Things About Being A Lefty 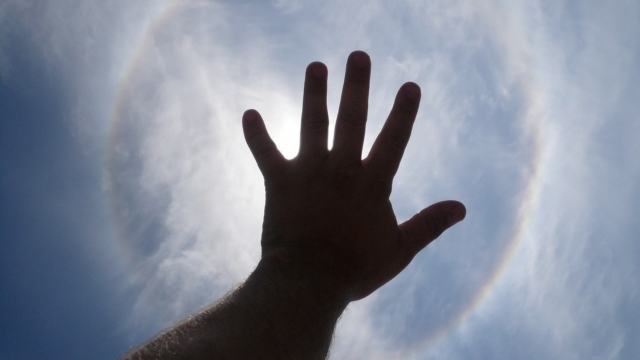 SMS
The Best And Worst Things About Being A Lefty
By Lindsey Pulse
By Lindsey Pulse
August 13, 2016
Lefties are in good company. President Obama, Lady Gaga and Oprah are all southpaws.
SHOW TRANSCRIPT

Lefties, we see you.

About 10 percent of the population is left-handed, and it's time for some recognition.

SEE MORE: Reading A Book For Just 3.5 Hours A Week Could Help You Live Longer

Studies suggest people who are left-handed appear to have an edge in opposition sports like tennis and fencing or certain positions on the baseball field. Lefties are also thought to have a lower risk of developing certain ailments like ulcers and arthritis.

Lefties are reportedly better in fights, too, which is probably because opponents don't expect a left hook.

But being a southpaw isn't always good thing. In some religions, the left hand is considered unclean. And in parts of Africa and India, it's rude to eat with the left hand.

And don't even get us started on living in a right-handed world.

Many instruments are made for righties. Legendary musician Jimi Hendrix flipped his guitar upside down so he could play it left-handed.

Not to mention computer mice are traditionally made for righties, and a lot of zippers are, too.

But it's not all bad — you're in good company. President Obama is one of the many left-handed public figures. Lady Gaga and Oprah Winfrey have also signed fan photos with their left hand.

And studies show that some animals tend to be left-hand dominant. Researchers found kangaroos favor their left hands, and certain species of parrots eat and perform everyday functions with their left feet.

To all the lefties out there — human or animal — we salute you.