The Benefits Of Plants Go Well Beyond Photosynthesis 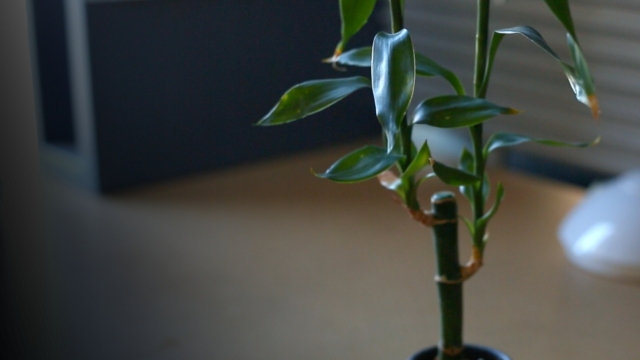 SMS
The Benefits Of Plants Go Well Beyond Photosynthesis
By Evan Thomas
By Evan Thomas
April 14, 2016
A growing collection of studies suggest the presence of plants could have measurable impact on public safety, mental well-being and even home prices.
SHOW TRANSCRIPT

Plants are nice. They replenish the planet's oxygen, which is useful.

But a growing body of research suggests having plants nearby could be good for public health, home prices and even your self-esteem at work.

For starters, plants scrub the air clean. According to one study, air filtration from forests prevented nearly $7 billion in U.S. health care costs in 2010.

A study of more than 100,000 women in the U.S. found those who lived in the greenest surroundings had mortality rates as much as 12 percent lower than those in less-green areas.

Another found green spaces were associated with decreased likelihood of preterm births.

They can make neighborhoods more desirable. In one study in Philadelphia, planting trees correlated with a 2 percent increase in sale prices of nearby homes. Greening up vacant lots was associated with a reduction in gun violence.

Just 10 more trees per block in Toronto correlated with a significant improvement in quality of life over less-green areas.

As one of the researchers on that study told The New Yorker: "To get an equivalent increase with money, you'd have to give each household in that neighborhood ten thousand dollars—or make people seven years younger."

It sounds almost too good to be true, and most of the studies can't pin down if plants alone make the difference. But you can try to get some of the benefits without giving your whole neighborhood a makeover.

Research suggests even a lowly potted plant on your desk can help lower blood pressure and boost productivity and job satisfaction compared to a greenery-free environment.

This video includes clips from the U.S. Forest Service and the City of Toronto and images from Lucius Kwok / CC BY SA 3.0 and Michael W Murphy / CC BY 2.0. Music by Frenic / CC BY 3.0.