The Balance Of Predators And Prey Comes Down To Math 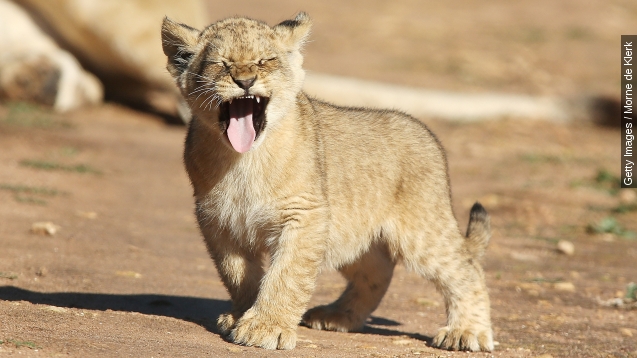 SMS
The Balance Of Predators And Prey Comes Down To Math
By Evan Thomas
By Evan Thomas
September 5, 2015
Researchers don’t know why the math works, but it explains a lot about entire ecosystems.
SHOW TRANSCRIPT

A massive analysis shows this scaling is present across entire ecosystems, in both terrestrial and aquatic environments, from apex predators on the African savanna to krill and plankton — and the tiny things they eat. (Videos via BBC, The Cincinnati Zoo & Botanical Garden, National Geographic)

Researchers analyzed the data from more than 1,000 existing studies on predators, prey and their relationships. Only at that large scale did formulaic connections start to show up. (Video via Oregon Zoo)

"We find that predator and prey biomass follow a general scaling law with exponents consistently near 3/4."

This means the relationships between predator and prey are consistent. But the behavior of each group can appear confusing. (Video via National Geographic)

If available prey doubles, the predator population increases, but not by the same proportion. (Video via PBS)

The faster prey gets added to an ecosystem, the slower predator numbers increase. (Video via Smithsonian Channel)

And the fewer predators there are, the slower prey numbers increase. (Video via Woodland Park Zoo)

Scientists aren’t sure why the two groups balance this way yet. All they know is the math works. (Video via Discovery)

"What we have is a baseline," one of the researchers told The Washington Post. "We know that if there’s this many prey, we should be able to explain how many predators there are."

The formulas could provide new ways for conservationists and other researchers to track the distribution of predators and monitor the health of ecosystems. (Video via Brookfield Zoo)

The researchers have published their findings in the journal Science.

This video includes images from the National Oceanic and Atmospheric Administration and Tambako the Jaguar / CC BY ND 2.0. Music by Frenic / CC BY 3.0.