The Art That Inspired David Bowie 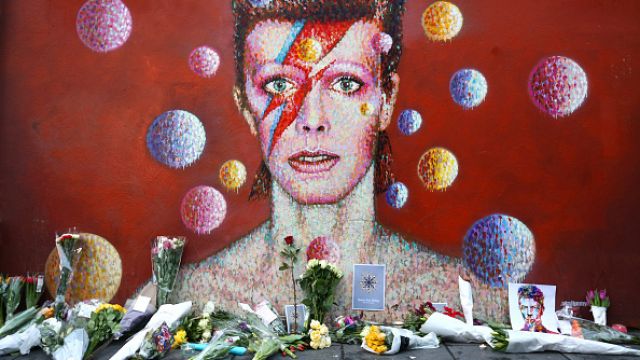 But he kept his private collection hidden from the public. Now, after his death, here's a glimpse at the art that inspired him.

"My God, yeah! I want to sound like that looks," David Bowie said of Auerbach's work in a New York Times interview.

Bowie purchased this after playing the role of Andy Warhol, Basquiat's pupil, in a movie.

"My idea of a contemporary artist is Damien Hirst," Bowie said.

Sotheby's will be auctioning almost 300 of his pieces in November. They're expected to sell for roughly $13 million combined.

This story includes an image from Getty Images and images from Sotheby's.