The Apple Updates You Might Have Missed From WWDC 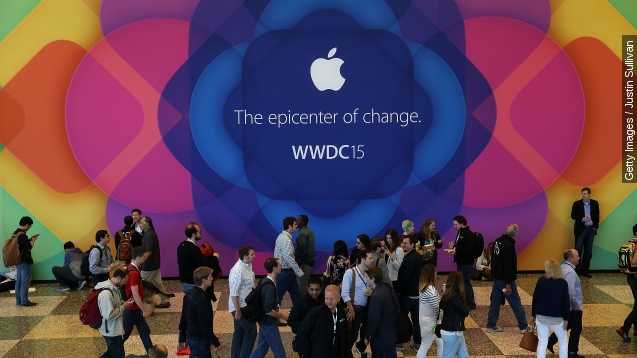 SMS
The Apple Updates You Might Have Missed From WWDC
By Leah Becerra
By Leah Becerra
June 9, 2015
Apple's announcements Monday went beyond iOS 9 and Apple Music. Here's a list of the other big changes coming to Apple products.
SHOW TRANSCRIPT

Apple announced a lot — and I mean a lot — of stuff at its Worldwide Developers Conference keynote Monday.

Apple Music and iOS 9 were some of the biggest announcements, but here are some other things you might've missed.

Apple’s new OS X El Capitan got a warm welcome from both Apple fans and developers.

The latest version of OS X, named after a peak in Yosemite National Park, will be available in the fall, with a public beta version set to release in July.

And, like with Yosemite, OS X users will be able to upgrade their operating systems for free.

El Capitan will have a bunch of little updates like “pinning” your favorite sites in Safari and added gestures for mail. But Spotlight’s update got the biggest reaction.

El Capitan allows a user to use Spotlight to search in a more conversational manner and to search for things other than files and apps.

For example, you’ll be able to search the weather for your area in Spotlight and get a forecast for the week. You can even look up sports teams and get results including upcoming games or current scores.

And the Apple Watch might still be new, but Apple spent a decent chunk of time covering its first watchOS software update. The biggest news for the watch is that developers can finally start working on native third-party apps.

Other updates to watchOS include new timepiece functions — one even allows a user to set their own images as the watch face — better fitness app functions and better Siri integration.

Yes — you’ll finally be able to respond to an email on your wrist. Siri will also help you control devices in your home with HomeKit and connect you to transit lines using Maps.

And for those of you watching from overseas, Apple announced Apple Pay is headed to the UK in July.

For the developers in attendance, Apple’s announcement that the company would be open sourcing its Swift programming language was huge.

By open sourcing that language, Apple has made a commitment the company’s not known for: being open minded about its software being improved by someone other than Apple.

Check out the rest of our WWDC coverage on Newsy.com.

This video includes images from Getty Images and Mike Murphy / CC BY SA 3.0 and music from Brenticus / CC BY 3.0.