The Actual Site Where Salem 'Witches' Were Hanged Has Been Identified 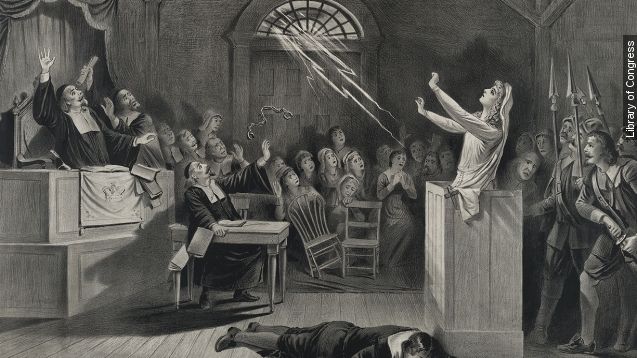 SMS
The Actual Site Where Salem 'Witches' Were Hanged Has Been Identified
By Matt Picht
By Matt Picht
January 14, 2016
New research points to Proctor's Ledge as the location for the 19 hangings during the Salem witch trials.
SHOW TRANSCRIPT

This is Proctor's Ledge, in Salem, Massachusetts. We now know that over 300 years ago, 19 people were hanged at this spot after being accused of witchcraft during the infamous Salem witch trials.

That's according to new research from a team of seven scholars who reviewed eyewitness accounts of the hangings and aerial footage of the surrounding area to pinpoint where the executions took place.

"This site has been found and lost several times in the past, and we just think it's really important that the collective amnesia of these dark times is removed," Salem State University professor Emerson "Tad" Baker told Fox News.

The spot was uncovered thanks to the research of lawyer and historian Sidney Perley more than a century ago. It currently overlooks a Walgreens.

Salem Mayor Kimberley Driscoll says the city plans to mark the spot with a small memorial.