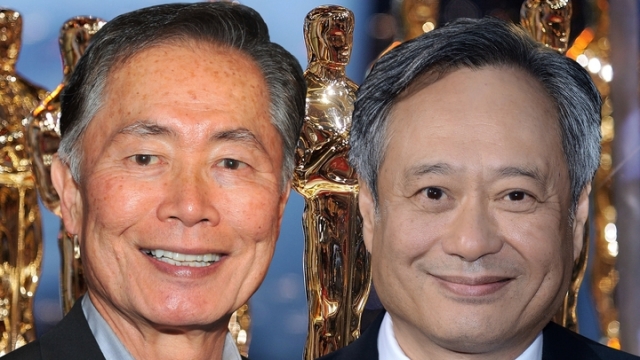 By Lexie Hammesfahr
March 16, 2016
As the #OscarsSoWhite fallout continues, the academy is also working to diversify its governing board.
SHOW TRANSCRIPT

Two weeks after the Oscars, the academy has apologized for one of Chris Rock's jokes that's received some backlash from the Asian acting community.

After bringing out three young Asian children as representatives for the accounting firm that calculates the votes, PriceWaterhouseCoopers, Rock said this:

"Just tweet about it on your phone that was also made by these kids," Rock said.

A public letter signed by Asian academy members — including George Takei, director Ang Lee and "Grey's Anatomy" alum Sandra Oh — expressed anger, asking how such "tasteless and offensive skits could have happened" and called for "concrete steps" to ensure all races are treated with respect.

In response, the academy said it "regrets that any aspect of the Oscar telecast was offensive."

In addition, it announced Wednesday that three new diverse members have been appointed to the board. Six minority members have also been added to the six board committees, including "Mozart in the Jungle" actor Gael Garcia Bernal.

Academy president Cheryl Boone Isaacs said of the new appointees: "I'm proud of the steps we have taken to increase diversity. However, we know there is more to do."

It's important to note that even though most of the backlash surrounding the #OscarsSoWhite controversy has been aimed at the academy, Takei reminded us in an interview with The Hollywood Reporter that it's an industry-wide issue.

He said: "This goes back to the people that greenlight productions. There needs to be more understanding that this is a diverse, global audience, ... and they've got to tell stories from the vantage point of that diversity."

This video includes a clip courtesy A.M.P.A.S.© 2016 and images from Getty Images.