The $232K Oscars Gift Bags Have Some Weird Stuff This Year 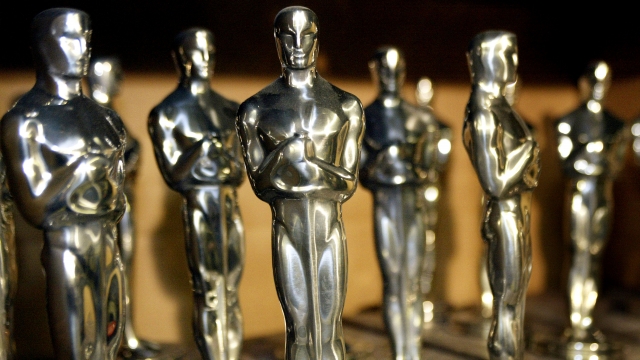 SMS
The $232K Oscars Gift Bags Have Some Weird Stuff This Year
By Bell Johnson
By Bell Johnson
February 27, 2016
This year's Oscars gift bags are worth a ton, but the academy isn't happy with the company that's distributing them.
SHOW TRANSCRIPT

Distinctive Assets, a marketing firm based in Los Angeles, provides the swanky gift bags. The firm's been doing it for the past 10 years after the IRS told the academy it had to stop.

This year's items include four paid vacations, a year's worth of Audi rental cars, a $250 sex toy for her, a $1,900 "vampire breast lift," a vaporizer and a plastic surgery skin treatment worth $5,530.

But apart from the more outlandish gifts, the bag also includes the essentials: ChapStick and a protein bar, both priced at $6.

Essentials aside, the academy isn't too happy with this year's gift bags, saying the "less-than-wholesome nature of some of the products" has hurt the reputation of the event.

The academy has taken it to the next step by filing a lawsuit against Distinctive Assets, which it claims has been using the academy's trademark without its permission.

Last year, the marketing company said it made further efforts to distance itself from the academy — at the academy's request — but maybe this year's gifts go a bit too far in the other direction. I mean, what's Sylvester Stallone going to do with some of that stuff?