The 2016 Oscar Nominations Prove We Love Nostalgia ... And 'Star Wars' 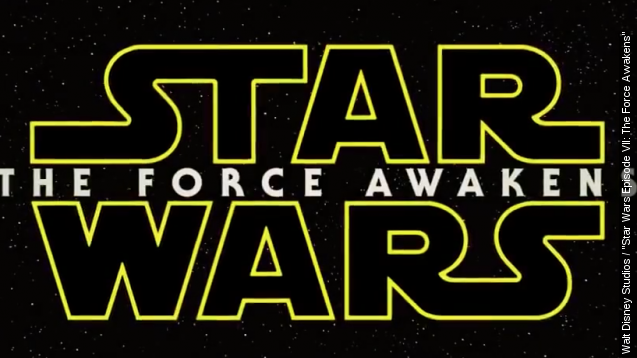 This awards season has been wacky. It's been nearly impossible to determine a clear front-runner in the main Oscar races, and that's because there are so many good contenders.

Aside from the indies, which generally dominate awards season, there's another little group of films that are actually doing pretty well — the nostalgic ones.

Here's the skinny: "Creed" is the seventh "Rocky" film. "Mad Max: Fury Road" resurrected a franchise that had been dead for 30-plus years. And then this:

So far, "Creed" has received a Golden Globe nomination as well as winning several critics' association awards. Sylvester Stallone has a solid chance of getting an Oscars nom in the Supporting Actor category.

"Mad Max" has proven that it'll be mad successful at getting nominations this season.

It's already received 13 Critics' Choice, two Globes and one SAG nomination on top of winning Best Film by the National Board of Review.

And that's exactly why "Star Wars" has a more than fair shot at receiving love from the Academy, too.

It's nostalgic and has glowing reviews. Plus, blockbusters tend to draw in more viewers to the show — something that would be a major plus considering this year's Oscar show had the lowest ratings since 2009. (Video via Walt Disney Studios / "Star Wars Episode VII: The Force Awakens")

And when I say blockbuster, I mean a major blockbuster. "American Sniper" was a blockbuster last year, but that doesn't compare to a "Titanic" — which won Best Picture in 1998. That Oscars ceremony is the most watched ever.

Another ratings boost happened in 2010 when the Best Picture category was filled with major films like "The Hurt Locker" and "Avatar."

Point being, we already know the size of the "Star Wars" fan base. Academy voters could have ratings in their mind when they submit those ballots.

Plus, the Academy made a rare decision to screen the film twice for voters, which has Oscar watchers wondering if that sheds light on anything.

Aside from the craft categories — where the film is likely to receive many, many nods — it isn't out of the realm of possibility for the film to get a nomation for Best Picture.