The 2015 Tony Awards Red Carpet Gets A Facelift From Vogue 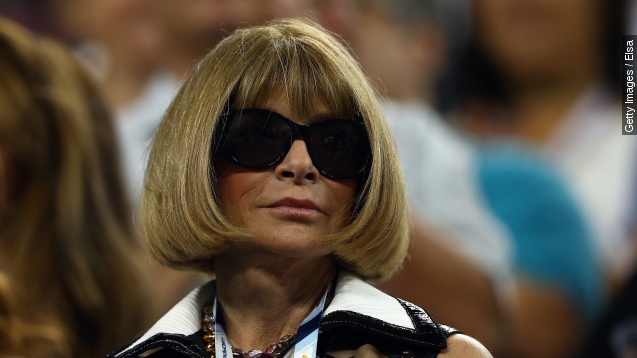 The 2015 Tony Awards are getting a makeover.

In March, Page Six reported that Vogue editor-in chief Anna Wintour was helping to revamp the award show red carpet after she deemed the 2014 carpet a fashion "disaster."

In June 2014, the fashion icon told an audience of fashion students, aspiring designers and young journalists that there were opportunities for them to make their name by styling the Tonys, saying, "Let me tell you, it was a disaster. ... How many mermaid fishtail strapless [gowns] can we see?"

So American Theater Wing chair, William Ivey Long, asked Wintour to make the carpet more fashionable, according to Fashionista. Now, the editors of fashion magazines including Vogue, Teen Vogue and Vanity Fair, as well as the public relations firm KCD, have chipped in to style every nominee and presenter that will walk the carpet.

But Wintour's involvement to help make attendees more fashionable is only one part of a five-year commitment to revamp the red carpet.

Long says he had a fairy godmother on the project ... none other than the other fashion queen, the late Joan Rivers.

"She gave me this ten commandments list. They were questions all about discovering what you expect from your red carpet. How is your red carpet different from others?," Long recalled.

And while the fashion is significant, the aesthetics of the red carpet photographs are just as important. The old step-and-repeat look of the red carpet will be replaced with strategically placed logos on boxwood hedges--a look that is very similar to the 2013 Vanity Fair Oscar after party.

But despite the seemingly "Hollywood" treatment of this year's red carpet, Long says Rivers and Wintour both emphasized that the event needs to discover its own uniqueness.

Long said Rivers told him, "Find out what is right for Broadway; remember you're unique."